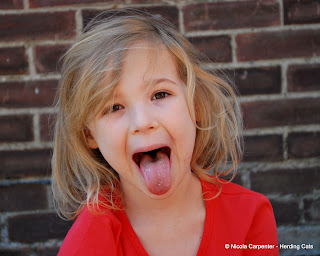 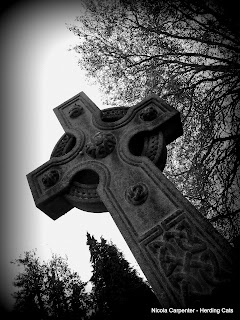 
"In Ever Loving Memory of

The Dearly Beloved And Most Devoted Wife Of

In 1910 Gladys married Frederick Stuart Le Blanc Smith, a member of The London Stock Exchange at All Saint's Church, Boyne Hill, Maidenhead.  The 1911 Census shows them living at Cairns, King's Grove, Maidenhead.  Soon their marriage was blessed by the birth of their daughter Beatrice (Betty), but tragically death was to take Gladys away from her young daughter in the August of 1913.

The outbreak of world War II saw Beatrice joining the Queen Alexandra's Imperial Military Nursing Service, where she served in the Far East on the 'Evacuation Ships'.  Beatrice was on the SS Kuala on 12th February 1942 when it came under enemy aircraft attack, killing many of the nurses, women and children aboard.  When the SS Kuala evenutually sank off of Pom Pong Island, Beatrice was one of the few survivors.  However fate was not kind to her.

"During the night of 16-17th February, all women, children and wounded were taken off the island in rowing boats and placed on board the ‘Tanjong Penang’, a small cargo boat which was very crowed.

I was lying next to Sister Beatrice le Blanc Smith and there were people dead and dying all round us. Beatrice got a nasty wound in the buttock… My first thought was for the women and children in the hold; but a VAD (Voluntary Aid Detachment nurse) struggling up from there to the deck, her dress covered in blood, said that the hold had had the full force of one of the shells and was absolutely smashed. In any case I realised that there was nothing I could do as the ship was already at a steep angle and obviously just about to turn over. Beatrice and I just stepped into the sea and were very lucky not to be sucked down when the ship suddenly turned over and sank.

The cries and screams of the wounded, the helpless and the dying, were quite terrible."


Before the ship sunk the officers had managed to throw a few small rafts overboard and Le Blanc Smith and Turner got hold of two and tied them together.  Both Beatrice and Margot had managed to save sixteen people from the sea, including six chidren, two of whom were under a year in age.  Sadly Sister Beatrice was not to make it, sucumming to her wounds on 18th February 1942

Beatrice is commemorated on the Singapore Memorial Collum 114. 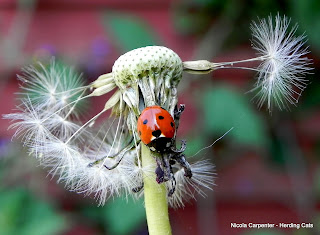 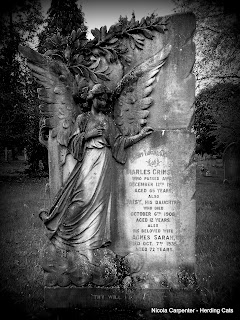 "In Ever Loving Memory of -

Charles Grinsted was born in 1863 in Mile End, Old Town, London to Thomas Place Grinsted and his wife Emma Shakel.  Some time between 1881 and 1891 Charles married Agnes Sarah Bushell and followed in his father's fishmonger footsteps by opening a fishmongers shop at 2 King Street Maidenhead.  Eventually branching out into 4, 6 and 8 King Street. 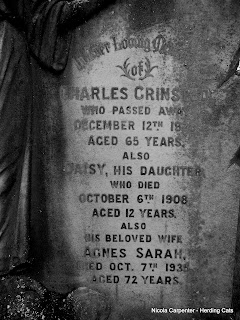 Charles continued to build his mini empire to become a bookmaker and licensed game dealer until his death in the December of 1928.  Agnes remained at 4 King Street along with her daughter Lily, Lily's husband Freddie Cook and their daughter Norah (who was born on the kitchen table of number 4 King Street on 9th July 1911) until her death in October 1935.  Lily, Freddie and Norah carried on the family business, adding butchery to their skills, until the 1950s when Windsor and Maidenhead Council compulsorily purchased the King Street shops and demolished them to make way for the New Market development.  Norah moved to The Crescent, Maidenhead.


Sadly Norah Cook passed away on 14th March 2011, just months shy of her 100th birthday.  The last remaining grandchild of Charles and Agnes Grinsted, bringing an end to the empire. 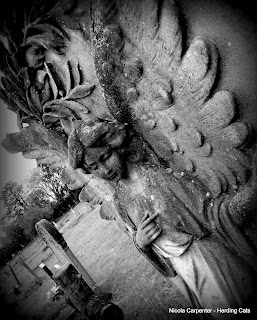 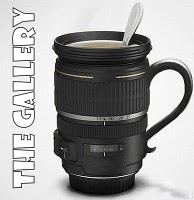 The theme for this week's Gallery is:  Morning.

I know that I have posted this picture before for the Snap Happy Brit Mums Challange, before I failed miserably at keeping up.  But for me this picture really sums up what mornings are like in our house. 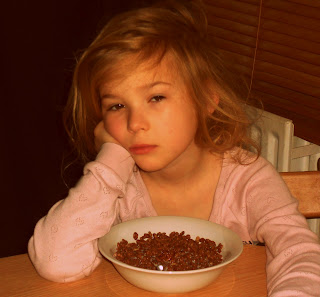 
Taphophilia is a passion for and enjoyment of cemeteries. The singular term is a taphophile.

The only information that can be gleaned from these stones is, 'Aged 71 Years' and 'Mary'.

An all too common sight in Britain's churchyards and cemeteries.  The poorer classes were not able to afford the marble and granite markers of their rich counterparts.  Having to make do with softer local stone or Limestone.  Sadly decades and even centuries of wind and rain has stripped them of their identities and thrown them into worn obscurity.
For more Taphophile Tragic posts, please stop by Taphophile Tragics Blog
Posted by SeaThreePeeO 10 comments: 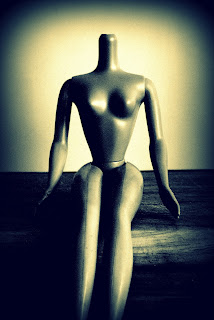 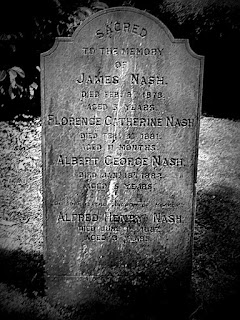 "Sacred To The Memory of

'Of such is the kingdom of heaven'

James, Florence, Albert and Alfred were all the children of James and Martha Catherine Nash, nee Lewis.

James Nash snr was born in Maidenhead Berkshire in 1853, he later became a house painter before he married Martha Catherine Lewis in 1874. The couple soon moved to King Street in Maidenhead and started their family with the arrival of James in 1875 and followed by Albert George in 1876, Frederick William in 1879, Florence Catherine in 1880 and Alfred Henry in 1884, Frank Edward in 1886 and Bessie Louise in 1889. Tragically three were to die in the space of nine years.

In 1891 their mother Martha Catherine Nash passed away, yet she seems to have been buried elsewhere and not with her beloved children.

Poor James had lost three of his children and his wife within 17 years of their marriage. How must this have affected James and his remaining children, the youngest Bessie being a mere three years old at the time?

James continued to live and work in King Street with his surviving children until his death at the relatively young age of 51 in 1904. Did so much grief in such a short time prove too much for James? We shall never know. 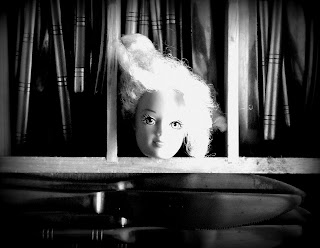 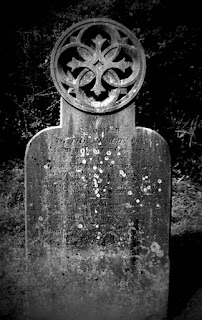 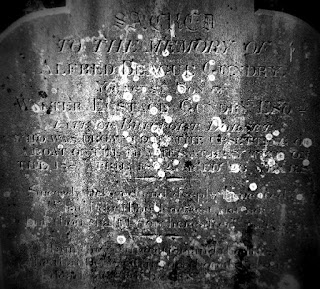 "Sacred to the memory of Alfred Beague Gundry. Youngest son of Walter Eustace Gundry ESQre late of Bridport Dorset who was drowned by the upsetting of a boat on the Thames at Bray Weir on the 18th April 1862 aged 26 years
~ Sincerely beloved and deeply lamented. What I do thou knowest not now, but thou shalt know here after.
I am the resurrection and the life (rest illegible) ~"

Alfred Beague Gundry was indeed the youngest son of Walter Eustace Gundry and Susan Jarvis, born in 1836 in Bridport Dorset. He came from an rather upper class family his father being an accountant and his elder brothers employed as Bank of England Clerks, they all lived in the affluent Pembroke Square in Kensington, London.
On the 1861 Census a year before his tragic and untimely death Alfred is listed as an accountant boarding at 14 Everett Street in Finsbury, London.
Quite what was Alfred doing mucking about in a boat on the river Thames on that fateful day in April? In the Victorian era, mucking about on the river pleasure boating or 'punting' was very much in vogue. Anybody who was anybody was to be seen bobbing about on the river. Pleasure punts in use in England were first built around 1860 and reached the peak of their popularity in the 1910s.
However punting was not an easy pastime.

"Punting is not as easy as it looks. As in rowing, you soon learn to get along and handle the craft, bit it takes long practice before you can do this with dignity and without getting water up your sleeve." ~ Jerome K Jerome. Three Men in a Boat (1889).

Alfred may have simply been inexperienced and got into difficulties, which the weir only added to. Rather surprisingly at the time, not everyone who partook in the activity of punting on the river was able to swim. 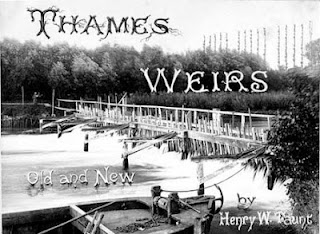 So sad that a day of pleasure and mucking about in boats should end so tragically and cut short the life of a young man.

First Thing In The Morning #SnapHappyBritMums