It was nothing more then a glimpse, a childhood memory. Fluttering moments of fleeting images stretched tightly across the empty pages of his mind, warming the senses like comforting rays of mid-summer sun. A memory of happier times, of love and laughter, when the world was less black and white, but a riot of beautiful cascading colours cocooned deeply within the endless bounds of safety.

At first it had been so clear and vibrant, as if peering through polished glass. Now it was worn and faded like an old, well loved photograph. Dog-eared, torn and tattered in places, but the time weary faces still remained.

How he longed to dip his hands into the shimmering opaline swirls, to be able to pull himself back. Back, as he was then, effervescent innocence barely contained. So full of wonder, of colour.  Of life.
Posted by SeaThreePeeO No comments:

He clung tightly to the edge of the alley, carefully scanning the street before him. He'd been waiting here for hours; he pulled his battered coat closer around his body and shivered. The relentless sound of rain pit-pattering against his hat was enough to drive him crazy.

He looked down and checked the time on his phone, causing a steam of rain to run from the brim of is hat, splashing dirt along the hem of his coat. Drat!

He usually liked the rain; it had a magical way of making the whole city shine at night. That magic had started to wear pretty thin now. This was stupid, she wasn't going to show. Dumb internet site. He'd been foolish to even think…

The low rumble of a motorbike engine cut into his thoughts as the light from the headlamp sliced into the alley, coming to rest near the chain link fence. At last, she was here. He watched as she stopped the engine and pulled the bike back onto its kick stand. She removed her helmet, her blonde hair shone like sunshine as it spilled across her black leather clad shoulders.

Leather. Hmm, leather. His brain purred. Keep it together! He mentally slapped himself. Her wet leathers sparkled in the scattered street light, illuminating her backside beautifully. He smiled broadly as he watched it slide deliciously from the bike. N-i-i-ice. He snapped back to reality, suddenly aware that she was watching him watching. He looked up to her face and smiled again. She didn't return it.
"You got what I came for?" She asked, casually flicking her dampening hair behind her shoulder. He smiled again.

"I'll show you mine if you show me yours." He smirked at his own wit. He was so funny.

She scoffed and rolled her eyes at him before beginning to pull down the zipper on her tight leather jacket, leather, exposing sweet milky skin as it went. His heart sank as the zipper stopped a few inches above anywhere interesting. It skipped again when she ungloved her hand and slipped it into the front of her jacket. He licked his lips hungrily as she paused for a few seconds. Eventually she removed her hand, bringing with it a small carefully wrapped and banded package. She held it up for him to see, "now you." She nodded her head, gesturing towards him.

Grinning, he thrust his hand deep into his coat pocket and retrieved a similar looking package, "How do you want to do this?"
"Slow, together."

His eyes twinkled as he held out his package. She did the same. Slowly they walked forwards until they were in arms reach of each other. He reached out and carefully grasped the package she offered. She did the same. They locked eyes for a few moments before each released their package. "Pleasure doing business with you," He drawled, watching as she mounted the bike, her gorgeous thighs straddling the seat, "Will I ever see you again?"
"No." She answered dryly, replacing her helmet. She revved the engine a few times before speeding out of the alley, tires screaming as she went.

He stood in the alley and beamed out into the night. After a while he looked down at the package in his hands, gently caressing the corner with the pad of his thumb. He ripped back the brown paper before lifting the package to his nose. He breathed the heady scent in deeply. Ahhh. Pokemon cards. Gotta catch 'em all.

Painfully his eyelids fluttered open, the dull ache inside his skull pulling him from his dreamless sleep. For a brief moment he feared he was blind before his eyes adjusted to the gloom. Carefully he rose to his feet, unbalanced and dizzy. He squinted into the void as the darkness eked out before him in every direction. A sea of black stretched as far as the eye could see. Streaks of silver light flashed towards the empty horizon where they exploded into bright orbs of dazzling colour.

Something fleeting tugged at the back of his mind. A vague feeling, like something important wanted to be remembered. He caught the tail end of it as it snaked away from him and slipped from his grasp. The smothering silence was broken only by the sound of his hollow breathing. Suddenly becoming aware of a presence beside him, he looked down to see a girl standing next to him, the ratty blonde curls framing her porcelain face shimmered as she stared out towards the horizon and the lights beyond. Strange ripples spread out where her bare feet touched the floor as if she were standing in water. The tatted hem of her nightgown fluttered at her ankles.

She blinked up at him; her vacant blue eyes froze his heart and stilled his breath. A smile quickly spread across her pale papery lips as she entwined her thin icy fingers with his. She playfully tugged at his arm, encouraging him forward.

He seemed powerless to resist, something in the corners of his mind desperately warned him not to go, yet he followed. With each lurching step he felt as if he would reel and pitch forward into the nothingness beneath them. He tried to remember a time before this moment, a place other than this endless void. He looked down at the girl by his side and watched her curls bounce has she skipped beside him, softly humming a sweet and melancholy tune. The strange ripples continued to dance from her toes with each step she took. A ribbon of sliver light fizzed and crackled across the sky above them, briefly casting her haunting features in shadow. An uneasy calm settled upon him and the ground all at once became solid as they continued onwards.

Still something churned in his thoughts as his threadbare memories were slowly unravelled, whispers and echoes of the past fought to be heard over her lilting song. The sound of someone calling his name hung tantalisingly in the air just beyond his reach. His brow furrowed as the throbbing pain in his head intensified.

He stopped walking as she continued ahead of him, gently tugging at his hand. She carefully regarded him over her shoulder, her pale face almost shone in the darkness. "No. I… can't," He stammered, unsure of himself. The words felt thick and heavy in his mouth, like he was trying to speak through water.

'We're nearly there,' she smiled, 'they're waiting for us.' She tugged again.

He let her fingers slowly slide from his. Her expression quickly soured and her eyes darkened.
Just as suddenly her features softened. "You promised," her eyes began to brim with tears, "they said that you would come. You promised." The corners of her of her mouth twitched slightly as she bit down on her lower lip. An awful sense of dread began to consume him, slowly rising up through his legs, rooting him to the spot. He watched helplessly as teardrops glistened down her ashen cheeks. The streaks of light were coming faster now; their sound completely filling the air. He could feel the pain in his head tightening, distracting him, making it impossible to think. His breathing quickened as an immense pressure weighed down on his shoulders, forcing him to his knees. She continued to sob burying her face in her hands as the sky became a blaze of crackling silver light. He clutched his head desperately, grimacing with each new wave of pain. The shadows at her feet began to bubble and broil, writhing from the surface they stretched upwards, scratching filthy black marks in the sky.
"Please…" He looked up at the sobbing child; her radiance against the shadow hurt his eyes, "please… I can't."

"You promised," She sniffed as she wiped the tears from her cheeks with the heel of her hand, "You shouldn't break your promises. It makes them angry."

Shadowy limbs and skeletal fingers reached out towards him as he cowered in their wake. Her blue eyes shone with pity as he looked at her once again. "Please. I'm… sorry," he cradled his head in his hands and bent forward, "help me."

The shadows continued to close in on him, their maddening mutterings like static filled his mind as they pushed ever closer. He clamped his hands down hard over his ears to block out the screams before he realised it was his own voice. The girl stood before him impassive to his torment as a fierce wind began to whip at her hair and nightgown. Fizzing particles of light fell from the sky like rain, vanishing beneath the surface of the floor, causing it to froth and writhe as more shadows escaped its depths. The ceaseless chattering forced him down onto his hands and knees. Tears began to roll down his face; the pain was so bad he feared he would die. He let one last cry, wide eyed he watched the girl's light slowly fade before bowing his head as the shadows consumed him.

"No!" Suddenly the girl burst forward and flung her arms around his neck. Her cold touch burned his skin and made him shiver. The shadows shied from her presence, shrinking back as her brilliance grew. "You cannot have him," she roared at the darkness, shielding him with her body she tightened her grip and buried her face deep into his coat. "I won't let you take him." Thin silver beams began to break through the blackness before a vivid explosion of light sent the shadows spilling back towards the horizon.

Slowly he raised his head and knelt back on his knees as she released her hold on him. He gazed out to the horizon where everything lay still and quiet. The girl gently placed her hand on his shoulder as she too looked out towards the distance. He glanced up at her face just in time to catch her smile. "They cannot hurt you anymore," she breathed. She started to walk away before he caught her hand in his, squeezing it tightly.

"Thank you…"
"You should go, the others need you."
Posted by SeaThreePeeO No comments: 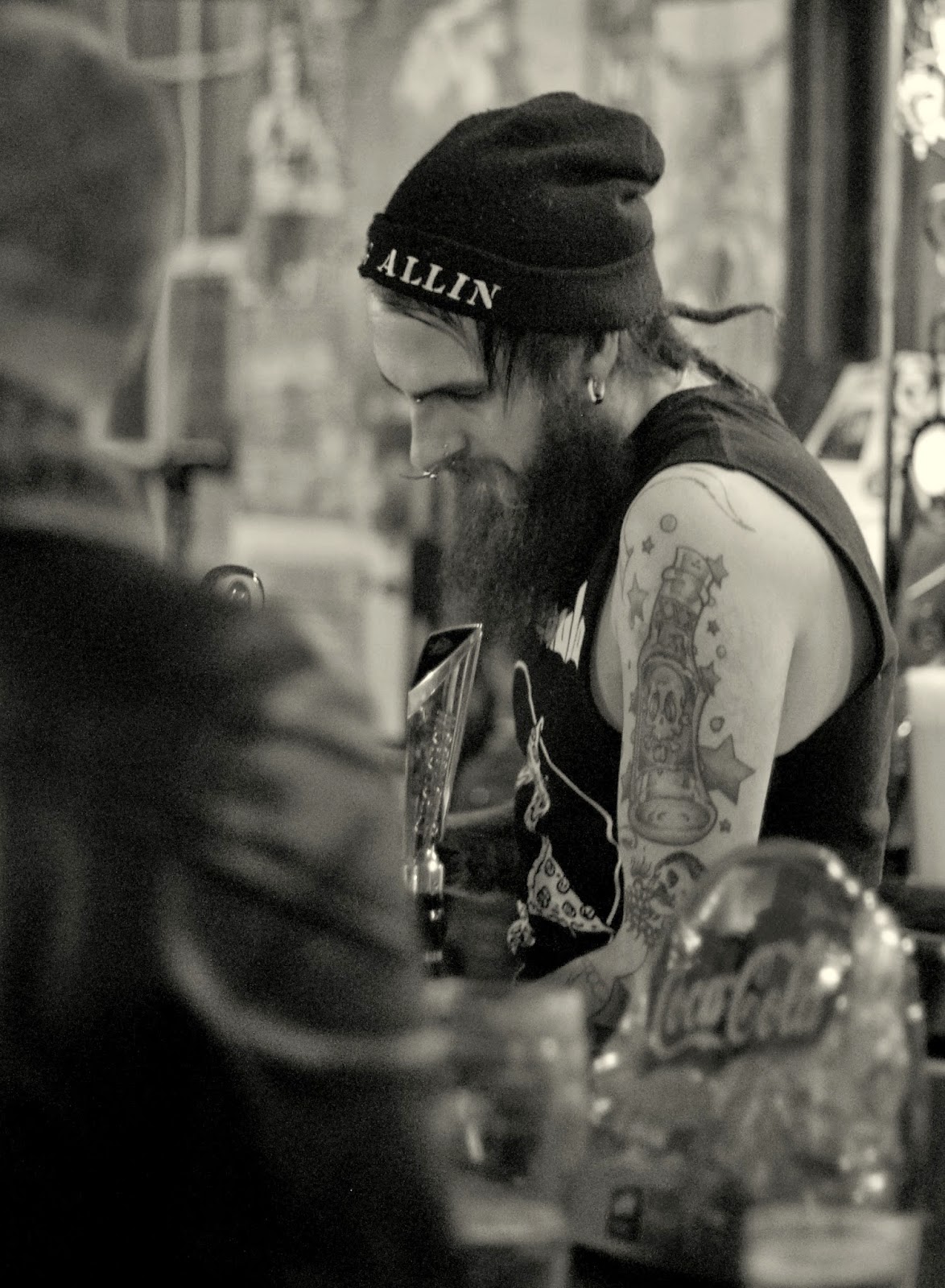