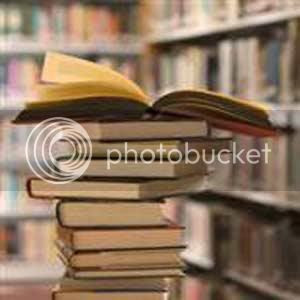 I was sat up at the dinning table with Amy when she threw something across the room.

'That's a bum smacking offence!' I teased her.

Amy gave me a whithering look and stated. 'No, it's a book!'
Posted by SeaThreePeeO No comments: 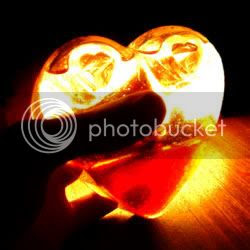 It's Valentine's Day and again I have been showered with gifts. A single red rose, another Tatty Teady for my collection and a pair of the cosiest slippers available to man or beast! What more could a girl ask for?

Tonight I will also partake of a special dinner cookedd by Vinnie's own fair hand. If I survive I'll let you know how it goes.

An Evening With Derek Acorah! 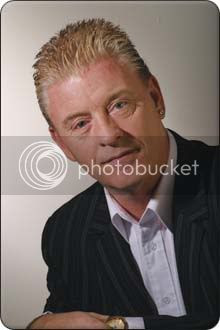 Friday the 13th unlucky for some, but this evening I had the opportunity to go and see Derek Acorah live at the Wycombe Swan.

To be truthful I wasn't really sure what to expect, in fact once the initial excitement wore of I wasn't entirely sure that I actually wanted to go. After all when I told people that I was going I got a very mixed reaction.

Would it be a big fake plugfest? Would it be boring (I have trouble staying awake during a whole hour of Most Haunted)? Would I get there and an wish I had stayed at home and watched QI instead?

I have to say though, that I was pleasantly surprised. A very interesting and thoroughly enjoyable evening. I think that had a lot to do with the fact I was actually child free and myself for a couple of hours. Would I go again?

Yes!
Posted by SeaThreePeeO No comments: 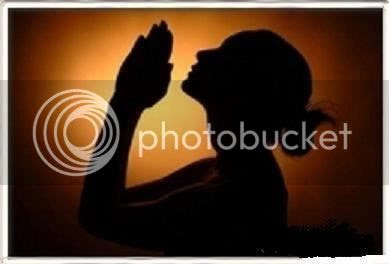 The power of prayer should not me underestimated! My washing machine has suddenly decided to work again. Thank you! Thank you Lord!
Posted by SeaThreePeeO No comments:

Yesterday it was exactly a year since we moved to this house and to mark that special occasion my washing machine died. Kaput, void of life, no longer of any use to anyone!

So we're now waiting for our reconditioned rental machine to turn up sometime on Friday. After the freezer deciding to pack in just after Christmas there are no spare pennies to purchase another washing machine. So at the moment renting is the only option as we cannot realistically do without a washing machine for any length of time.

Since the thought of dragging and very ill toddler up the laundrette to sit round for a couple of hours while I got through a few loads I have been washing essentials like Ana's uniform in the bath. Ana got into the spirit of things helping me wring the clothes out over the bath. She requested to know if 'this was what it was like in the olden days'

Yes Ana, back then everyone washed their clothes in the bath.
Posted by SeaThreePeeO No comments:

What A Load Of Rubbish! 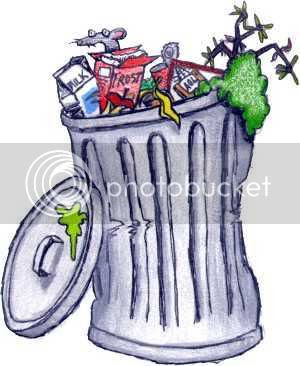 Whilst many of you were gazing out of your windows in wonder at all the glistening snow, I am still gazing forlornly at two weeks worth of household rubbish and recycling that is still waiting to be collected.

You see last week I failed to get my rather ample bottom out of bed in time for the usual Monday morning collection. Never mind I thought, if I squash it down a bit I'm sure it'll be alright until next Monday.

So Sunday night I decided to put my bins out so as not to miss the collection again.

Only this particular Monday it decided to snow, but not just any snow, the worst snow for the last 18 years apparently. By mid-afternoon I had gathered that the refuse workers weren't going to collect the rubbish this Monday either. However listening to the weather reports for the next day I assumed that since the worst of the snow was now behind us, the rubbish would obviously be collected a day late and they would simply catch up like they do over the Christmas and Easter holidays.

It is now Wednesday and I guess it has finally dawned upon me and most of the street as well, that our rubbish isn't going to be collected any time this week. In the mean time I have been piling up bags of rubbish and recycling in the shed, which has now acquired the heady tang of soiled nappies and rotting veg. Pretty soon I won't be able to get in there!
Posted by SeaThreePeeO No comments: 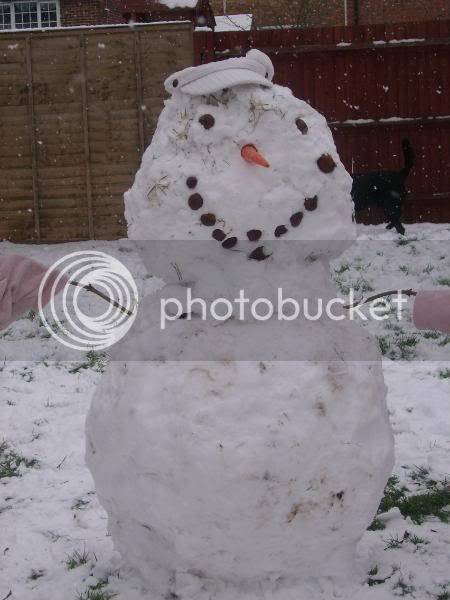 After the first round of snow play the girls went back outside accompanied by the dog. It was then that Mr Snowman decided to visit wearing a jaunty hat and some rather fetching pink gloves.

HEY! Those are MY gloves! 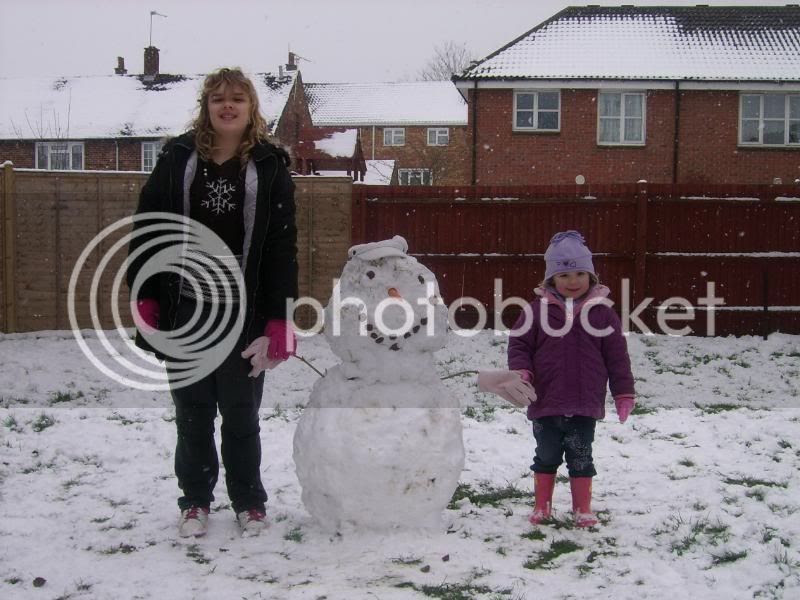 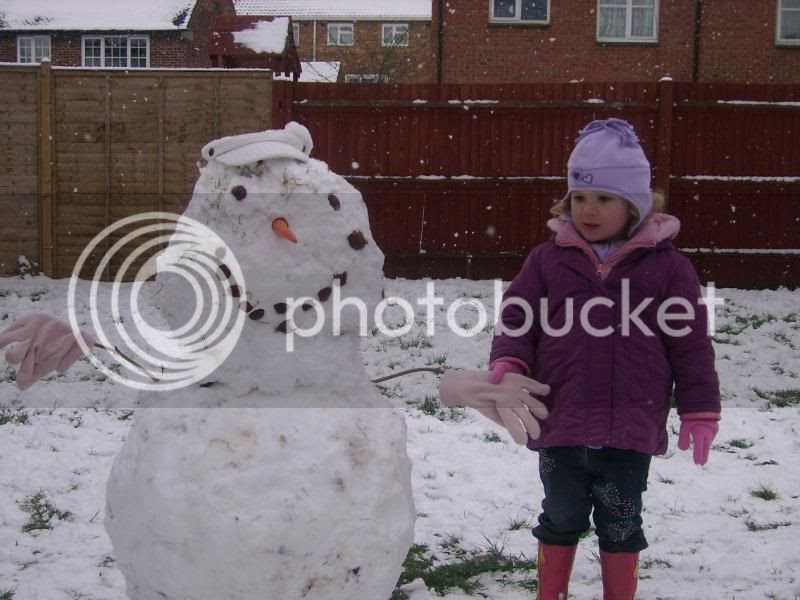 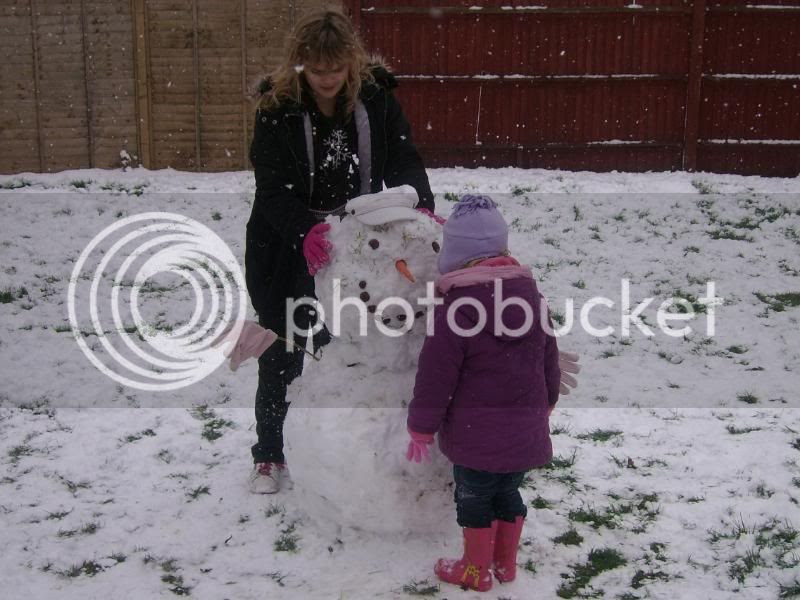 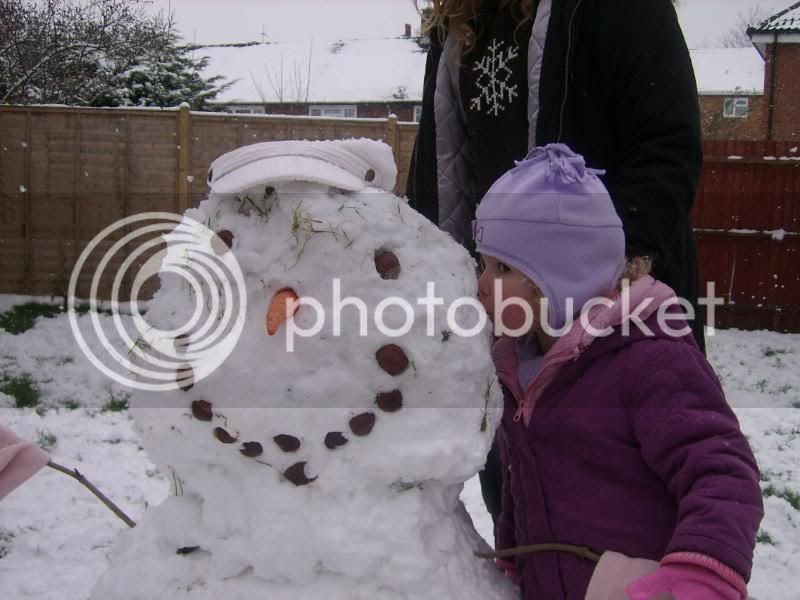 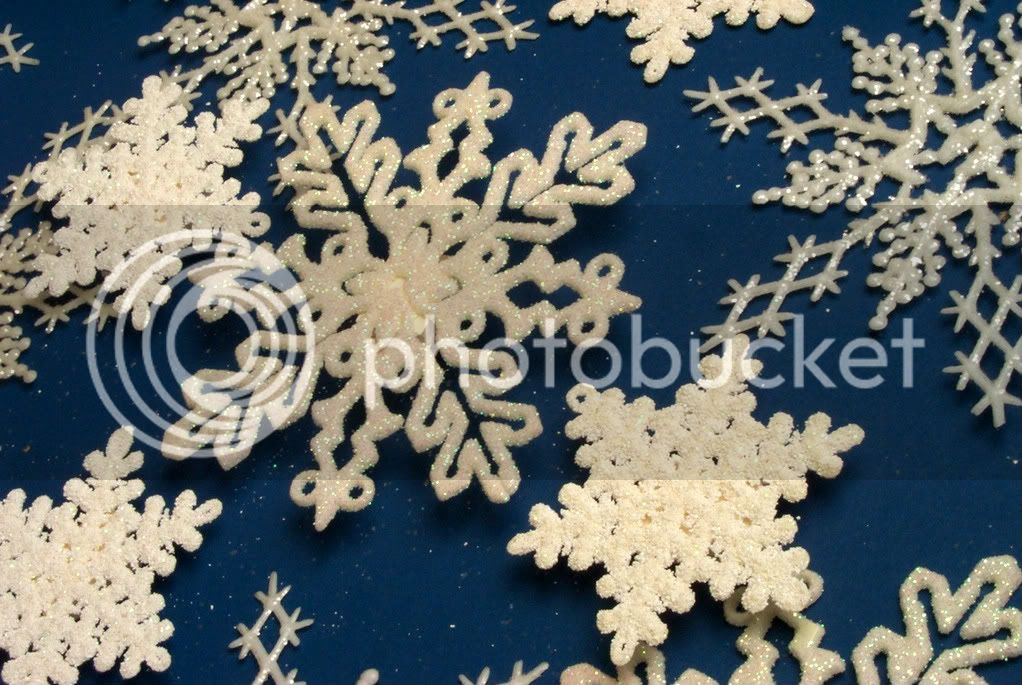 We listened to the severe weather warnings last night, Russian snow was on it's way. But we thought nothing of it. By the time we went to bed at 10:00pm, there was nothing more then a sugar dusting and the odd flake blowing on the breeze.

This morning however was a different matter. We woke to find ourselves in an overnight winter wonderland as 4-5 inches had silently fell as we were tucked up warm in our beds. 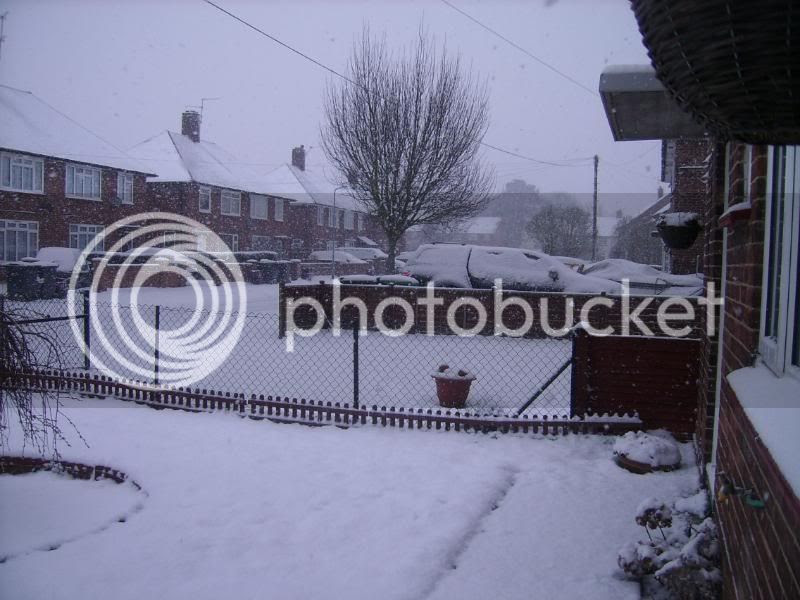 Wintery scene from our front garden.

The annoucements came over the radio that all schools were closed, no local bus services and the chances of getting a train or taxi were pretty slim. So there we were at 8:00 in the morning bundled up and out in the snow. 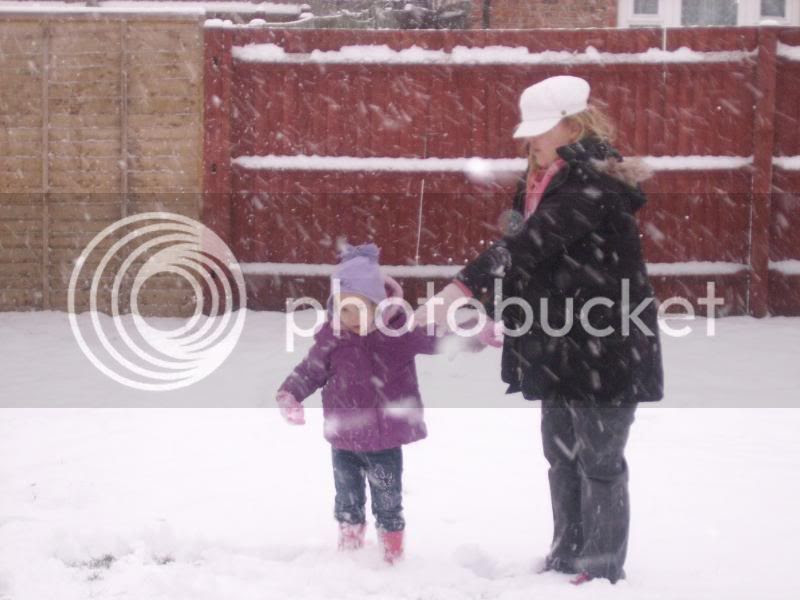 The girls in a blizzard! 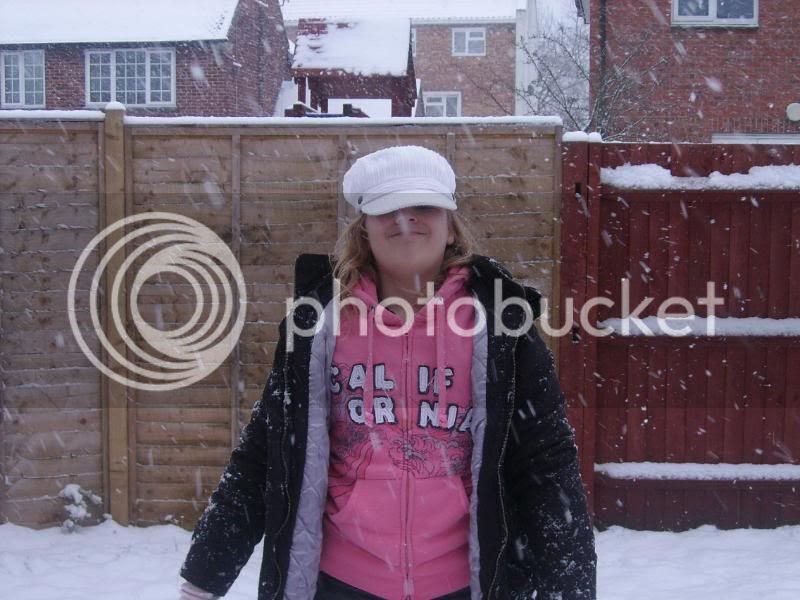 Ana in the snow. 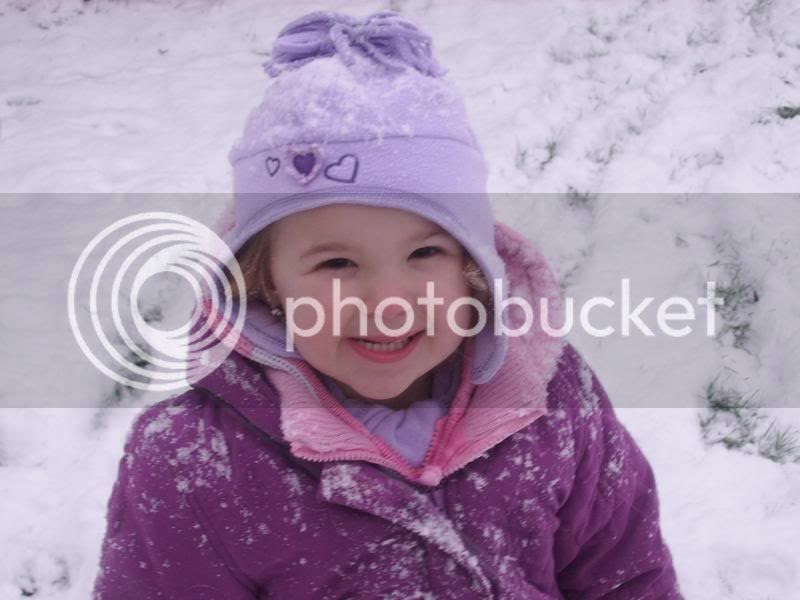 Amy in the snow.

Shen was having a great time running about, rolling around, sliding and barking at the snow. After a while however he decided that the cold stuff wasn't all that and went inside to warm up by the radiators. 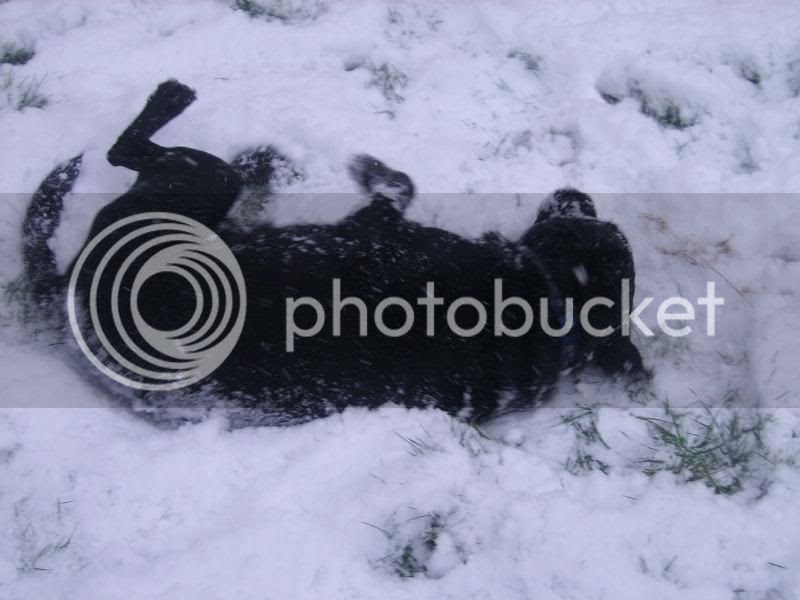 Shen having a good ol' roll in the stuff 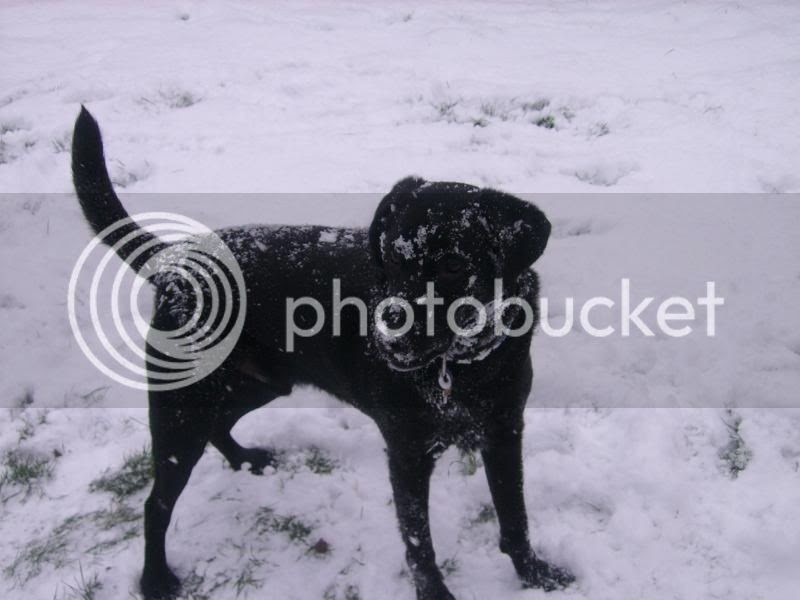 Covered in the white stuff!

The girls then had fun making snow angles and throwing snowballs. Then Ana started on the construction of a snowperson 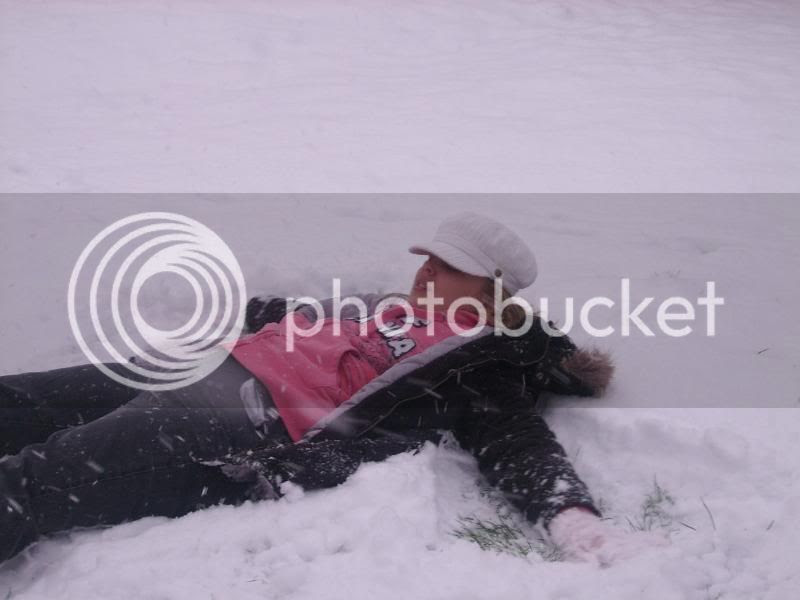 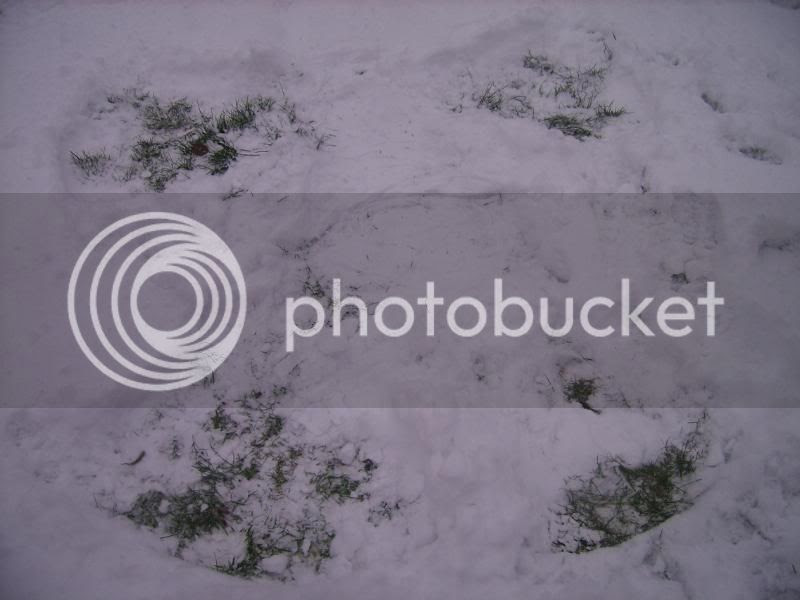 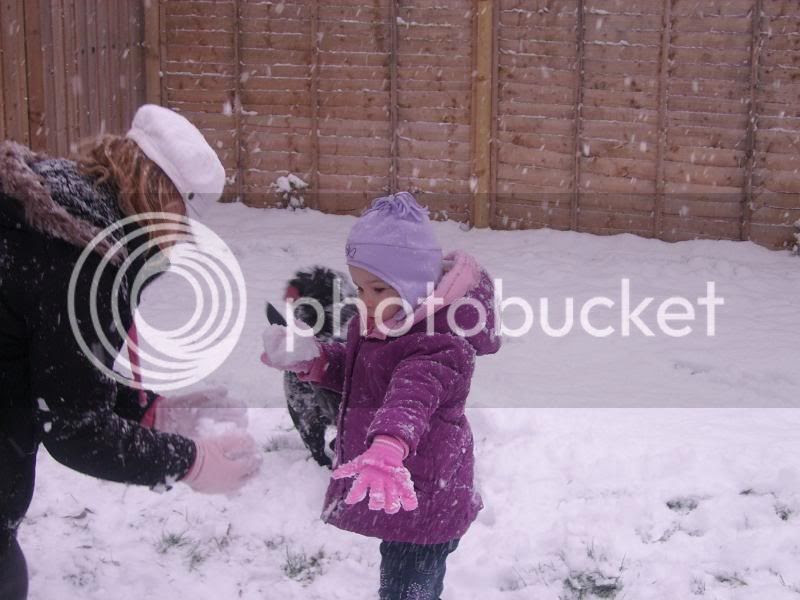 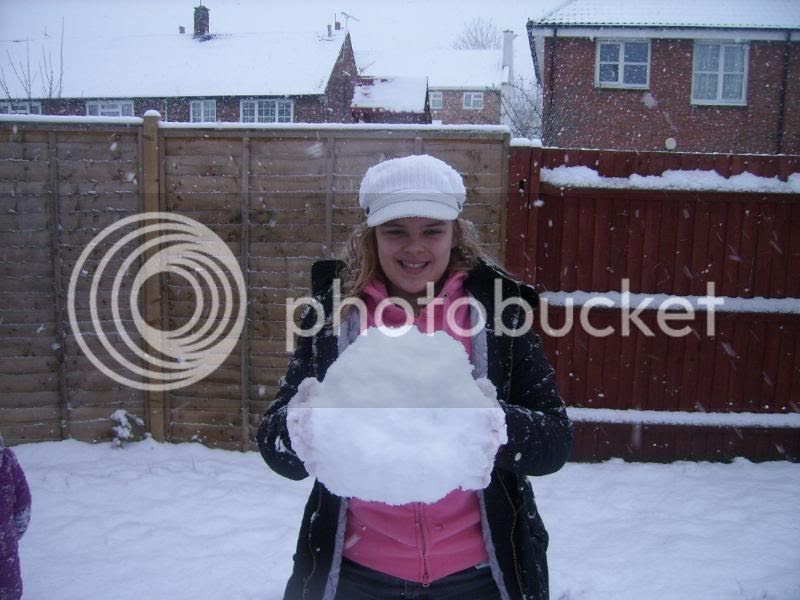 The start of a snowperson

Then it was time to come in and warm up with some 'Hot' Chocolate. Yummy! 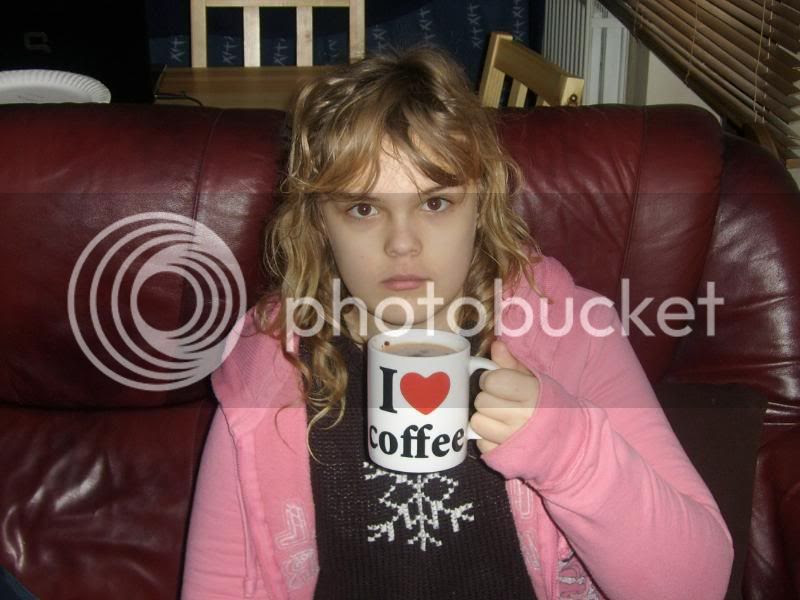 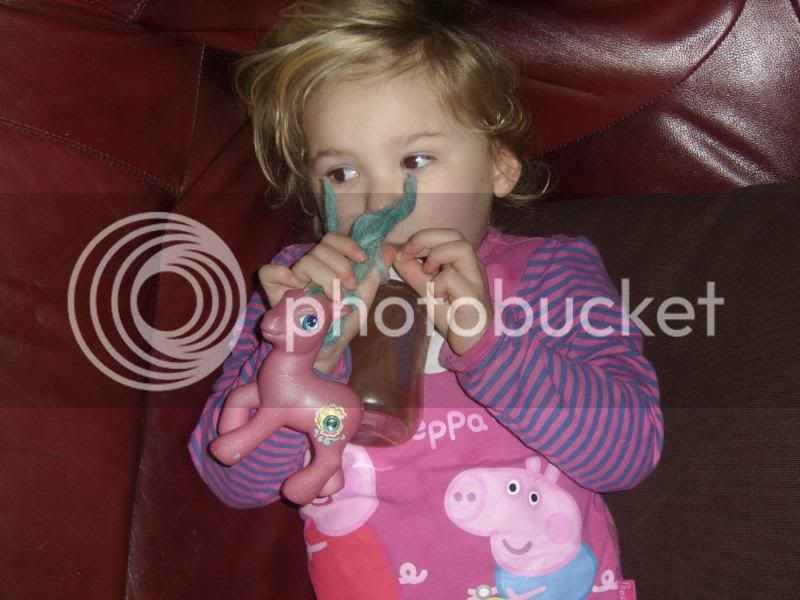