Ana has such an unblemised innocence that she really does come out with some gems. I thought I was doing an injustice by keeping them to myself. So here are the ones I remember . Enjoy!

In town talking to Ana about what we had to do that morning.

Me: First we have to go to the Post Office, then the bank and then Iceland.
Ana: How are we getting there, by bus or train?
Me: Iceland the shop, not the country.

Ana's school are doing food from around the world for school dinners, last week was food from Asia and they were having Indian Curry.

Me: Are you looking forward to your Indian dinner at school?
*Ana starts making a whooping noise like a native american*
Me: Not that kind of Indian, people from India.
Ana: Will there be any cowboys there?

Whilst passing a rope swing some local kids had made in a tree with a loop at the end about 3 inches off the floor.

Ana: *gasp* Someone was hanged here!

I was talking to Ana about ages as her next birthday is the big 1 0 I told her that 10 is double figures and when she gets to 13 she will be a teenager until she is 20 and then she will be an adult.

'What will I be when I am 100?' asks Ana
'Really, really old.' I say. 'Anyway most people don't live to a hundred.'
She looked at me and said. 'Are you going to try?'
Posted by SeaThreePeeO No comments:

Curse you Neigh, My Little Pony from Hell. Curse you! 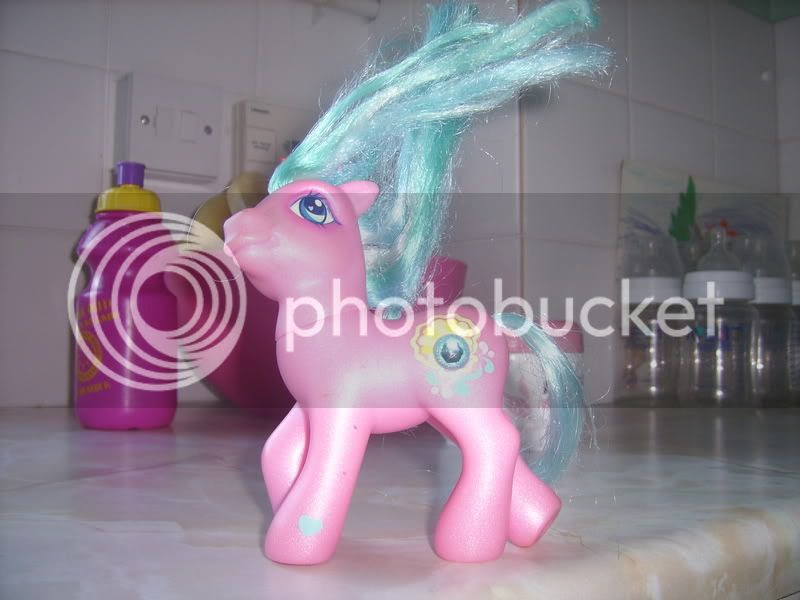 Curse you Neigh, My Little Pony from Hell. Curse You!

You lay there looking inert, in-adamant, but I know the dark sinister truth. You rule my very existence!

Without you I would not have an ounce of peace or blissful sleep. For without you, Neigh Neigh, Pugpoo couldn't possibly sleep or get through the day without twiddling and stroking your nylon hair.

Dear Family, is this have a go at me day?

Dear Family, is this have a go at me day?

Because I have clearly missed the memo.

You are a big boy now, left home and everything. You're 36 not 6 years old, please act accordingly. I do not wear your shoes, underpants or clothes, hence I do not know where any given item is at a particular time. Especially pre caffeine intake. Also please refrain from asking me if something is washed. If is is not in your drawers or wardrobe chances are high that it hasn't been. If the item was not placed in the wash basket, but screwed into a ball and kicked under the bed then I can be 99.9% certain that it didn't get washed.

When I ask you to do something or to brush your teeth in time for the transport to school please do so without a huge flappy song and dance. Also flouncing and slamming doors is frowned upon. If I am raising my voice is it because you didn't hear my request the fist 70 times I asked.

Screaming is not a recognised form of communication. It does not get you the item of desire any quicker as it just serves to confuse my sleep addled brain. Changing volume, pitch and octave does not help. Also violence will not get your point across any faster. If I couldn't understand what the fuck you were screaming for in the first bloody place headbutting, kicking and bashing the crap out of me does not make things any clearer! I hope this has helped to clear up any confusion on the matters mentioned above and I look forward to ignoring you all hence forth
Posted by SeaThreePeeO No comments:

Why are there never enough toys to go around?

Why are there never enough toys to go around?

Do toy manufactorers do it on purpose? Do they snigger with glee imagining harassed stressed out parents clearly clinging to the edge of sanity rushing about trying to sorce the in thing toy?

Why can't they simply make enough to go around when they can predict that such and such will be the hotest toy this Christams?

Ana's latest obsession is Transformers and that is what 99.9% of her Christmas wish list consists of. Now I have not left things to the last minute as I have been looking for these bloody hunks of crappy last all of five minutes pieces of plastic since the end of September.

As sod's law dictates all the of ones Ana has asked for are out of bloody stock everywhere. Including online! I have clicked enough 'e-mail me when this product is in stock' buttons to make your head spin.

But wait? What's this? Praise the lord! Transformers in stock at my local Argos? Can this be true? Are they toying with me? QUICK! Click reserve, click it, click it damn you frozen fingers! *holds reservation number aloft and cackles in a slightly unhinged manner*
Posted by SeaThreePeeO No comments:

For the love of all that is holy, that HURT!

I know that I am a little short sighted, but this is ridiculous!

'LOOK!' Pugpoo squealed as she brought over a little wooden house she was playing with to show me, jamming it right into my defenceless naked eyeball!

As I doubled over in quite literally blinding pain a look of concern flashed across her face. Then she proceeded to bash me in the face with the little wooden house because apparently I still wasn't looking!

Now I have a headache!
Posted by SeaThreePeeO No comments:

Pugpoo my youngest daughter saw her first spider the other morning.

We were standing at the front door waving DD1 off to school when a medium sized garden spider dropped down on a thread and then proceeded to crawl along another thread to the corner of the doorframe.

I then shut the door and squashed the bugger !

Today I am glad I have a special needs child

We all know that caring for a child with special needs can be hard and sometimes relentless work and there are those of us that have dark moments when we ask ourselves; why me?

But today I got to thinking about all the great things I have learnt having a special needs child.

I have learnt patience

I have learnt the true meanings of Ignorance, Prejudice, Hostility and Humility

I have learnt to make myself heard when it really matters

I have learnt to pick my battles carefully, when to pull my daughter up on her behaviour and when to let things that don't really matter slide

I have learnt what my ugly side is like and I have learnt to quell her But most of all I have learnt was true unconditional love is It may be hard and I may not like it at times, but I thank God for giving me Ana and helping me to grow into a better person. 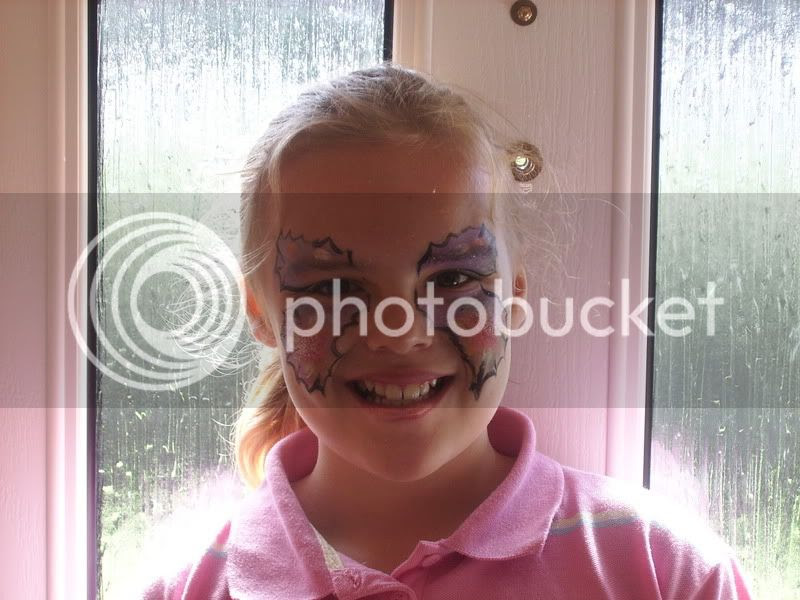 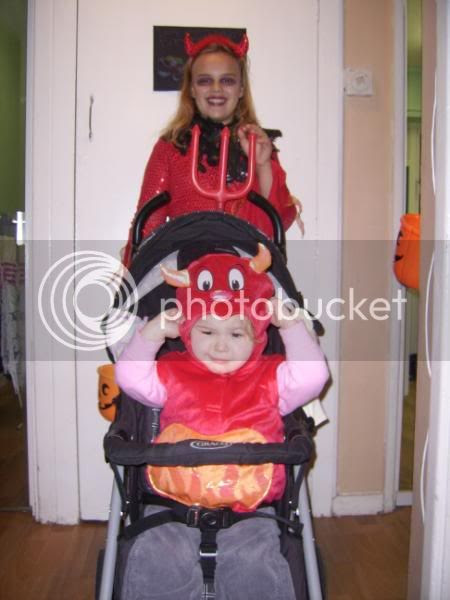 Being gluttons for punishment or just plain crazy we decided with great wisdom to have a Late Halloween / early Fireworks party for the kiddiewinks.

It was back breaking work getting everything done and the decorations set up and the kids were more interested in the toys in Ana's bedroom then anything else.
Anyway here's what the decorations looked like before the kids and some of the adults got to them. 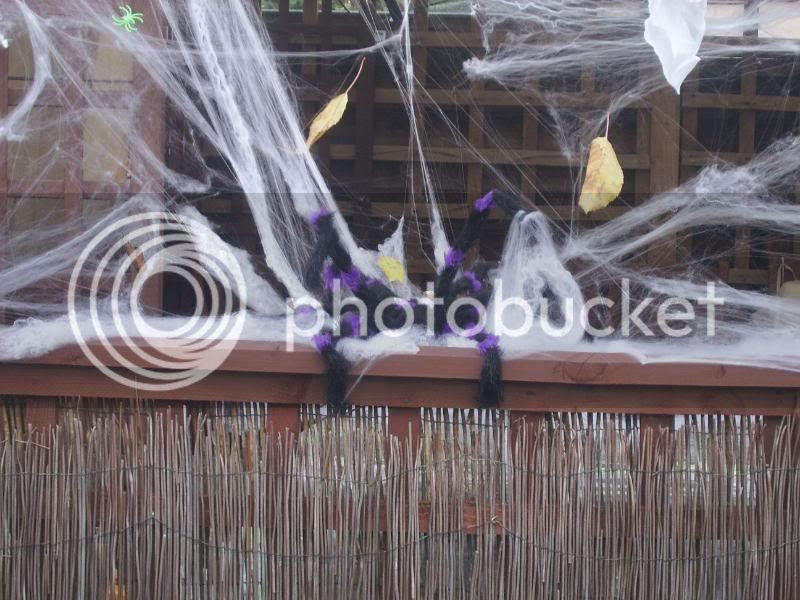 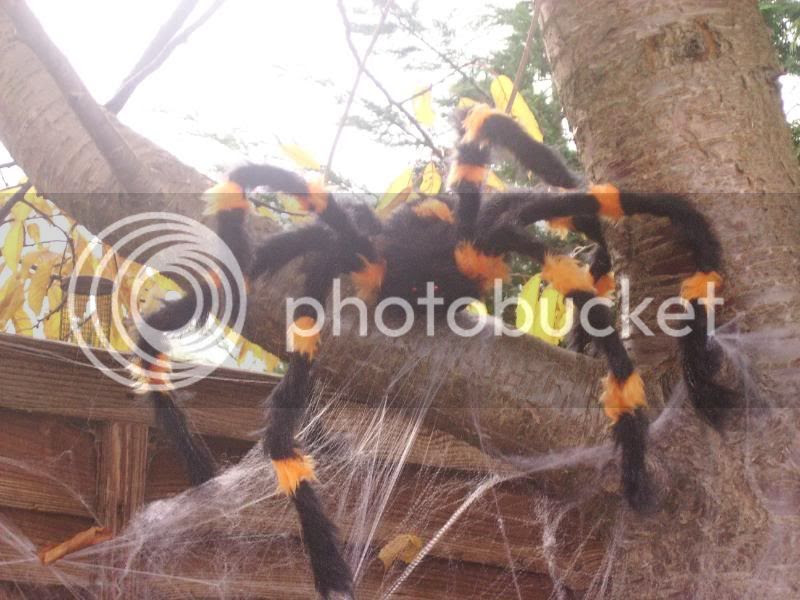 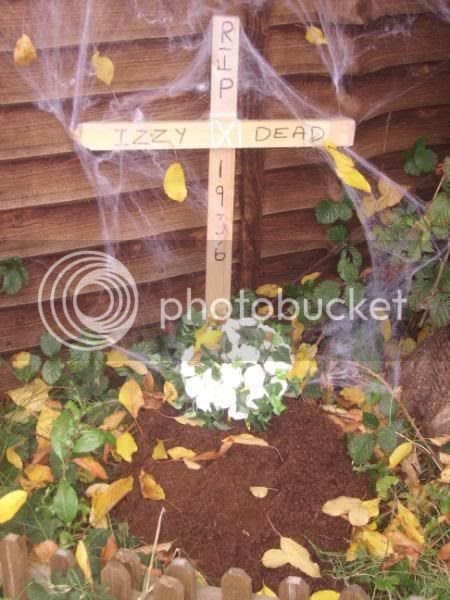 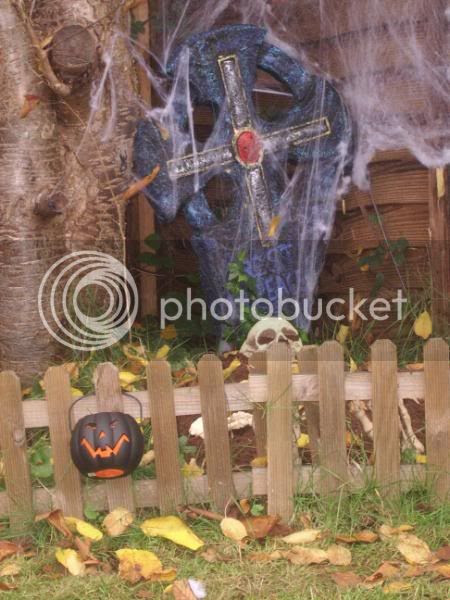 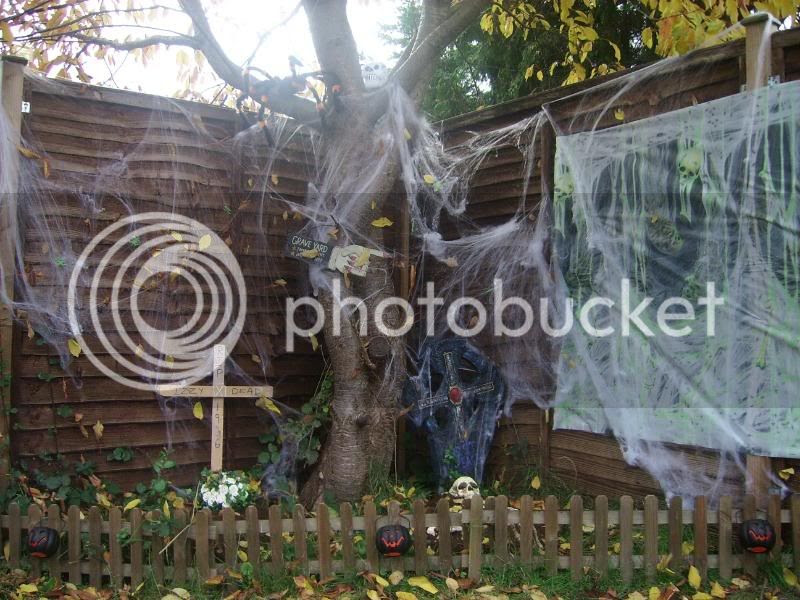 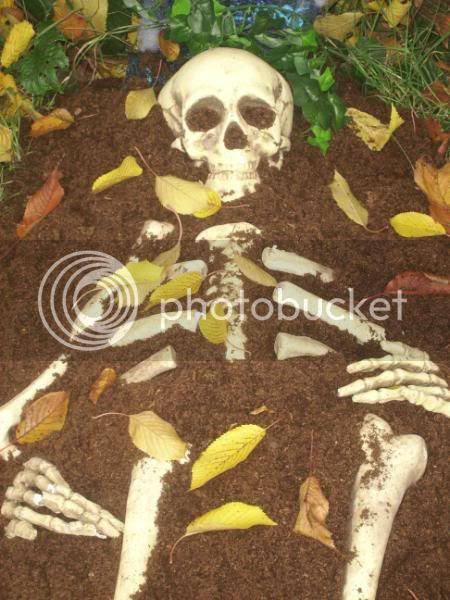